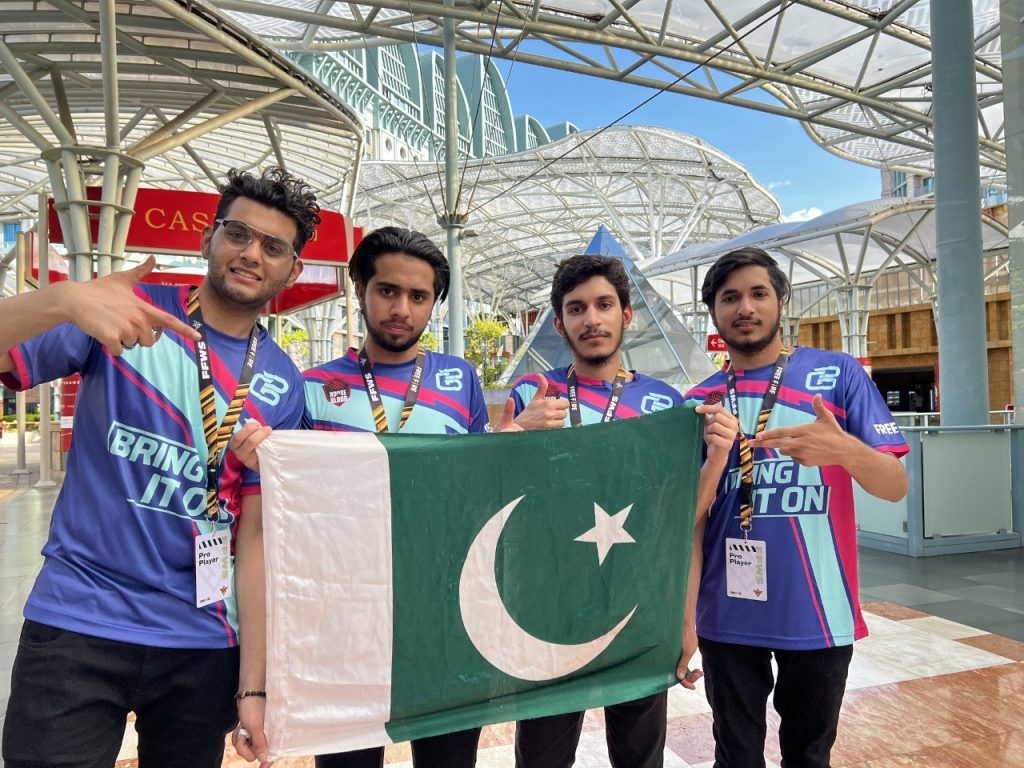 Upon winning the third edition of the Free Fire Pakistan League (FFPL), team House of Blood became the first-ever representative of Pakistan to go on to the global stage, the Free Fire World Series (FFWS). Having previously secured PKR 3,500,000 from the prize pool of FFPL III this year, they have now gone to add $40,000 (PKR 8,000,000) more to their total winnings tally this year, as they ended up in 16th position overall at FFWS.

Two months after winning FFPL III, HoB faced other reigning teams from the region at the Play-ins stage which ultimately decided whether they would go on to the finals to compete for the grand prize pool worth $2,000,000. Their journey was cut short, in particular by Thailand’s representative – Attack All Around who were dominant during the play-ins.

The finals were held at Sentosa island in Singapore on 21.05 where spectators witnessed Attack All Around claiming the Champion title and taking home the lion’s share of the prize pool valued at $500,000

Last year, Free Fire World Series 2021 was the most watched esports tournament worldwide with over 5 millions peak concurrent viewers according to Statista.

Free Fire continues to be the most downloaded mobile games in the world, with over 1 billion downloads on Google Play Store and is revolutionizing the esports landscape in Pakistan. Free Fire Pakistan has introduced a myriad of engaging initiatives to uplift Pakistan’s gaming industry such as the first-ever esports scholarship, the first professional esports league in Pakistan and the first nationwide esports tournament.

FFPL IV is expected to return later this year in August, where thousands of players will look to dethrone reigning champions House of Blood and win the chance to represent Pakistan in FFWS Winter 2022.