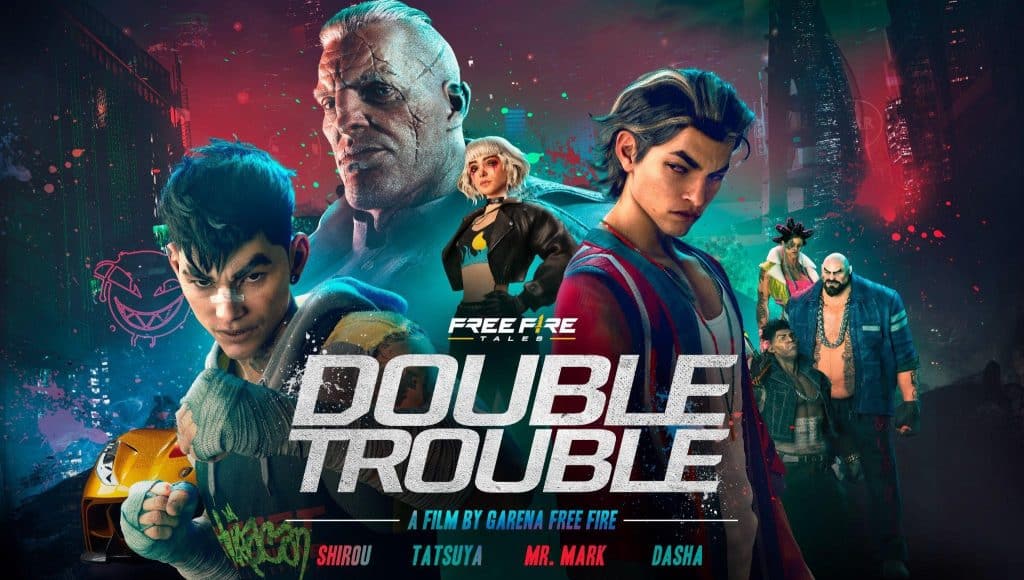 Karachi, 26 September 2022 – Free Fire’s animated series, Free Fire Tales, is back with an all-new chapter, Free Fire Tales: Double Trouble. This latest chapter follows the journey of new character Tatsuya Garcia and his brother, Shirou, as they navigate the challenges of brotherhood and find out what it means to be “Stronger Together.”

Fans and players can look forward to dramatic plot twists and jam-packed action as Double Trouble delves deeper into the game’s lore with the release of its main film Free Fire Tales: Double Trouble on 24 September. In the lead up to the film’s release, an exciting lineup of activities such as a special web event and exclusive in-game content will also drop on 23 September.

Set to premiere on 24 September, the main film, Free Fire Tales: Double Trouble, follows the story of brothers Tatsuya and Shirou as they learn to put aside their differences and work together to defeat a greater evil. Told through the lens of Tatsuya, the tale of self-discovery and buried secrets will show the brothers the importance of brotherhood, even as the life they once knew changes around them.

Hints of Tatsuya’s story will be unveiled within Free Fire through a full reskin of the lobby, various themed weapons and collections, and other in-game content. Starting 23 September, players and fans can immerse themselves further in the action by roleplaying as Tatsuya and competing against Shirou in the themed in-game mission. Furthermore, players can participate in the “Griza Fighter” Web event, where they will take on multiple villains and eventually battle against the ultimate boss.

In the same period, Free Fire will also introduce several updates to the game on 21 September:

Free Fire can be downloaded on both the Apple iOS App and Google Play store.