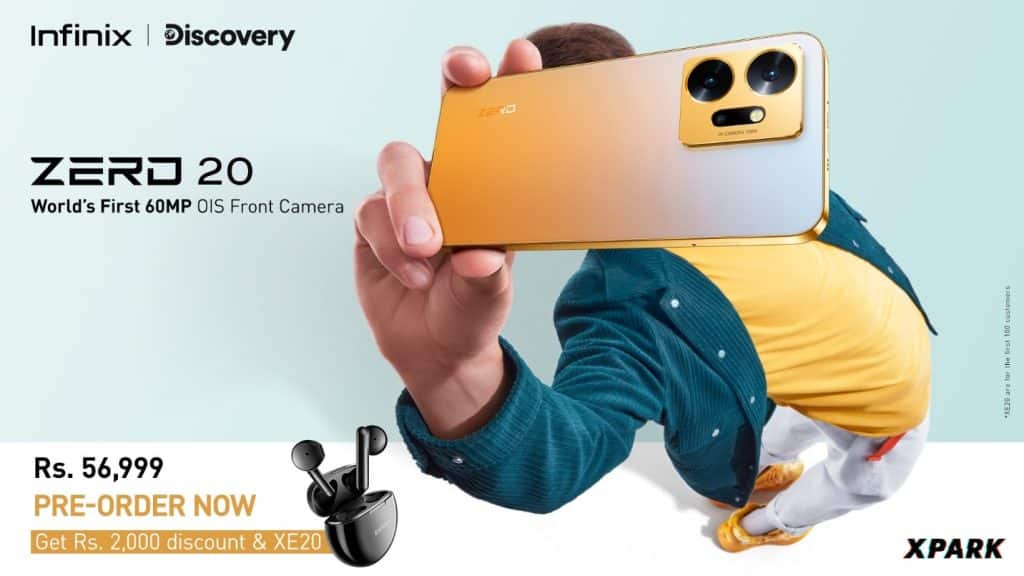 Infinix, leading most smartphone brand of Pakistan is now taking pre-orders for World’s first 60 MP OIS + EIS based front camera phone – ZERO 20. Being first of its kind camera phone supporting Dual Image Stabilization in the form of Optical Image Stabilization and Electronic Image Stabilization, Infinix ZERO 20 fulfills videography and photography requirements within no time. Infinix ZERO 20 is priced at Rs 56,999 but upon pre-ordering from Infinix Official Ecommerce Store – Xpark between 14th October to 20th October, customers can avail a discount of Rs 2000 with a free gift of Infinix XE20 for the first 50 buyers only!

CEO of Infinix Mr. Joe Hu expressed his views about ZERO 20 saying: “We are glad to introduce the ground-breaking and first of its kind camera phone in the world. By providing its devoted users all around the world with the most updated devices outfitted with cutting-edge technology, Infinix has once again set the standard for the industry.”

From 14th Oct till 20th Oct, Infinix fans can pre-order Infiniz ZERO 20 from Infinix’s Official Ecommerce store – Xpark  with a discount of Rs 2000 and a free gift of Infinix XE20 for first 50 customers as well!